The opening from the beginning makes me feel nostalagic and sad - I don't know why. I was expecting just an anime that concentrates on blood and loose body parts as I experienced lots of disappointment when watching anime with my high expectations. Yet, the plot is truly amazing! I watched all episodes in one go with tears in my eyes. Maybe there's a bit of nudity and boobs (which I'm not a fan of) from time to time but I don't mind! However if you can't stand flying body parts or don't like nudity I will recommend you to think before watching.

Story begins when pink-haired girl with horns called Lucy (subject of experiments) escapes from a laboratory situated beside the seacoast of Kamakura. She escaped by killing all the guards and other people who stand in her way using her suprnatural powers, additional yet invisible hands. When escaping her head was hurt as a result of sniper bullet. She is later found on the beach by two students Yuka and Kouta. HoweverLucy got amnesia and became a sweet little girl insted of a sadistic monster. She can only say one word - "Nyu". Students toke her home, yet the members of the laboratory are trying to get her - alive or not! Later is found that Lucy is a 'Diclonius', a human but with little horns on the head, but is able to control 'vectors' - arms that come from the back that can became powerful weaapons. 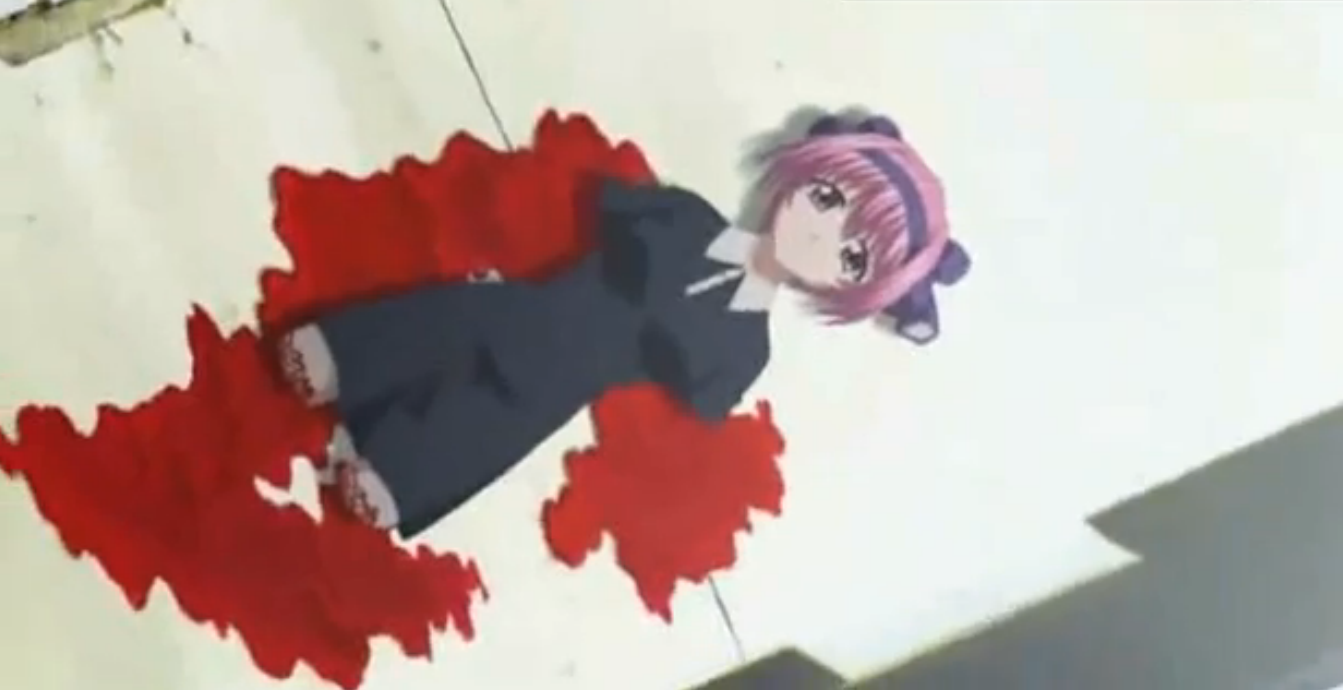 Life is difficult no matter what. This anime concentrates on nearly all life problems that teenagers and even younger childern and adults have. Love, friendship, popularity and appearance problems. This light, nicely designed anime, is a great representation of people who needed to handle with these pitful problems. Characters are really good but some of the times I got anoyed 'cause of their behaviour, however that's how we really behave. That's why I really liked this anime as it's TRUE concept of how we feel in daily life.

Plot:
It concentrates on a quiet, lonely girl Tachigana Mei, who doesn't have any friends at all. She prefers being by herself as it will protect her from being hurt by 'friends' She doesn't belive that people aren't fake as a result of her past experiences. However she accidentally kicks the most popular boy in the school who is adored by lots of female students - Kurosawa Yamato. He then started to have interest on her and tries to be friend with Mei. Despite of this Mei doesn't know how to have a person to hang out with or to talk to therefore she slowely opens heart to other people. 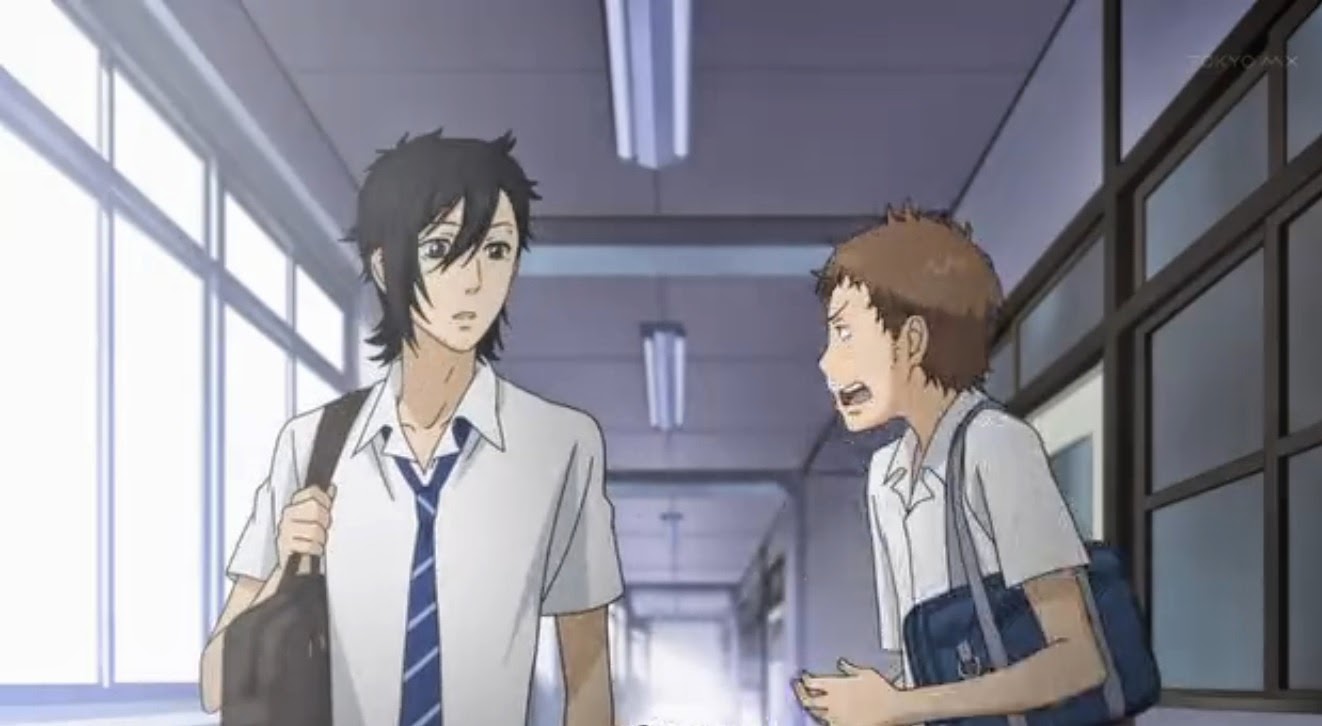 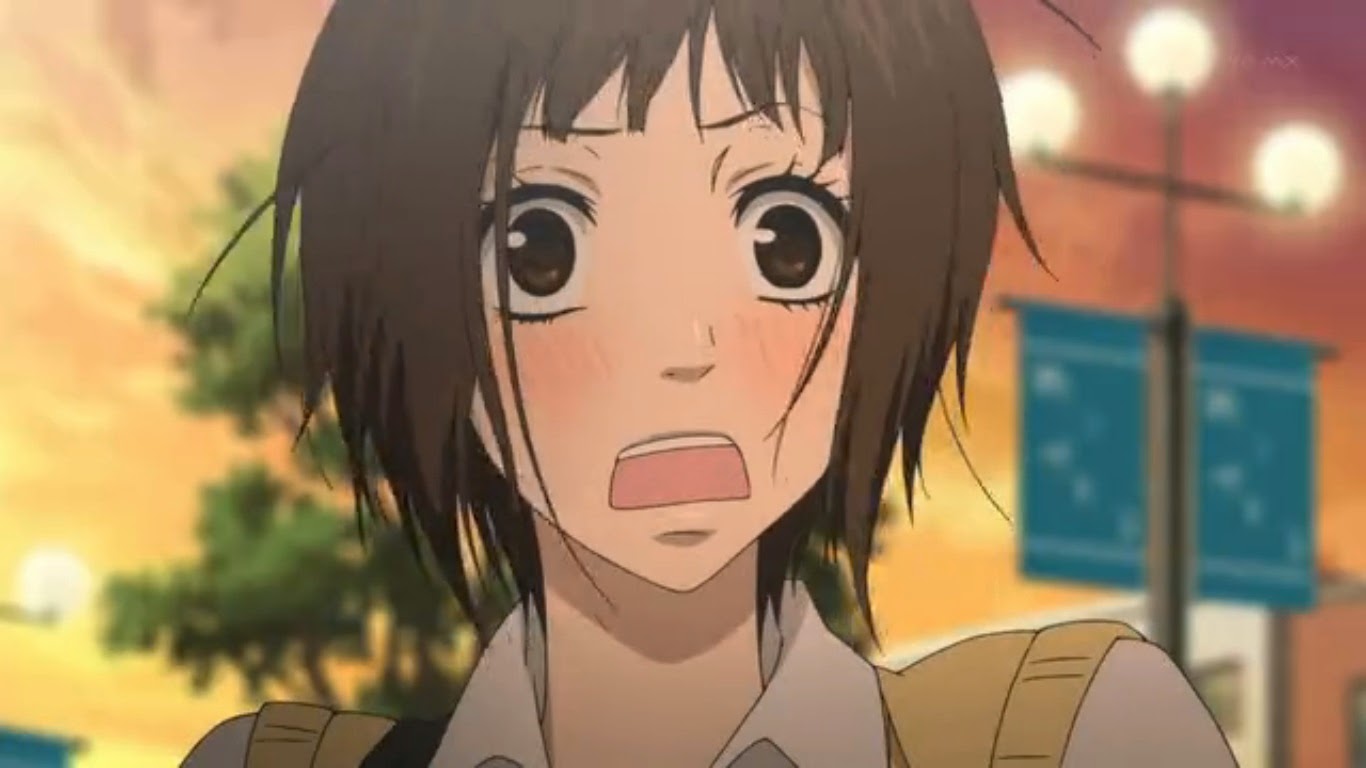 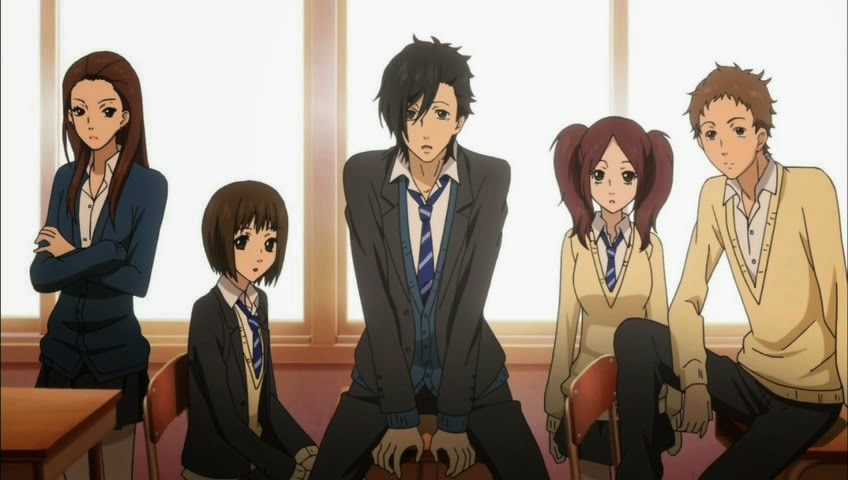 How is possible to destroy good idea? Well authors of this anime just did it very easily. Personally, as a horror fan, I think that this is the most horrible and worst anime ever........ever........ever -.-. Idea was certainly unique and interesting but I DON'T see that they put any effort to send the message to the audience or just engage! Two points I just gived for the idea, that's it I will NEVER recommend this anime. No atmosphere, short (4 min per ep), censored, no proper ending at all, storyline messed up, no proper opening adn the drawing style......I saw better ones. Yeah, full episode of a girl eating her brother, sooooo entertaining >.<

Plot:
Yume and Utsutsu Hasegawa are sibling who attend Highschool probably in Tokyo/Japan. Siblings are physically abused by their father constantly however mostly Utsutsu as he protects his younger sister at all times. One day Yume was going home from school  all by herself. She was stopped by a weird, black-dressed woman who warns Yume who later sees a red butterflies and transfers to a monster. She then feeds herself with her brothers as she can't stop her desire of eating humans. 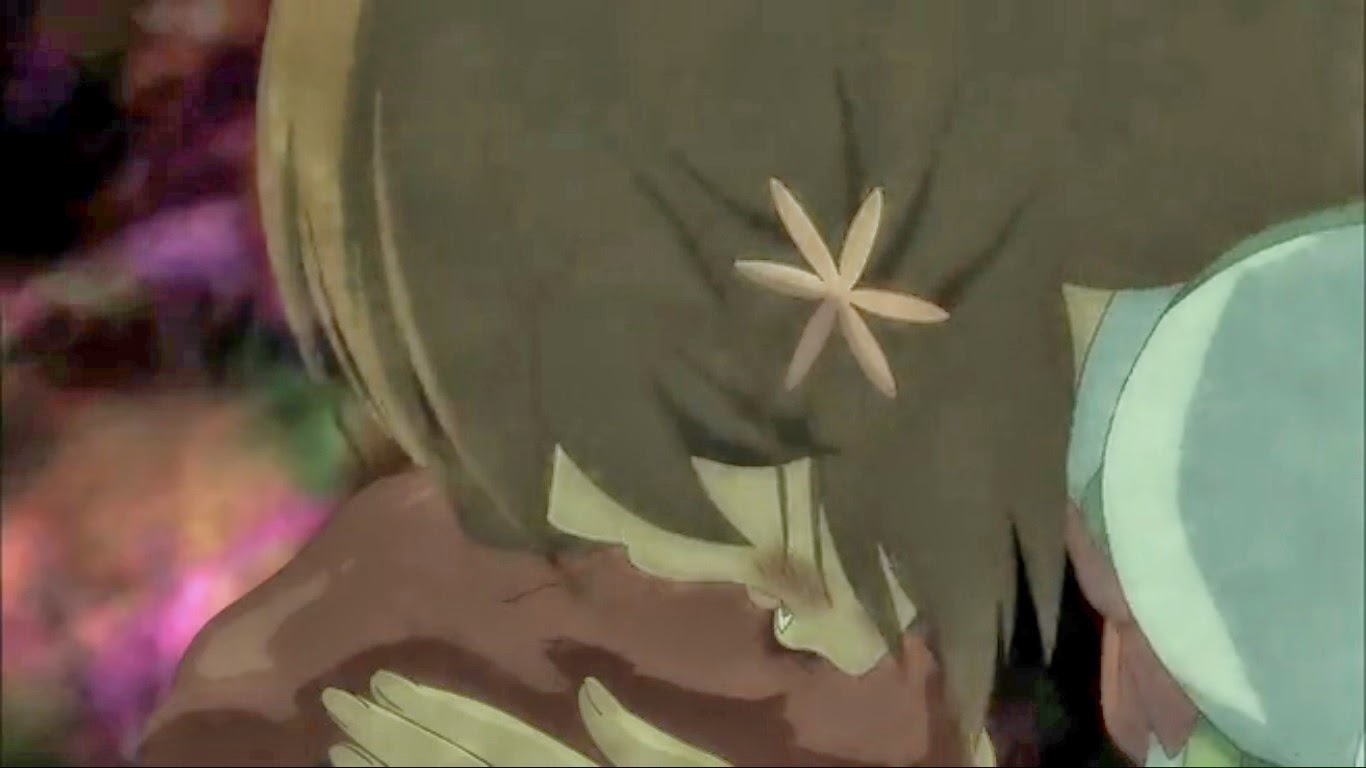 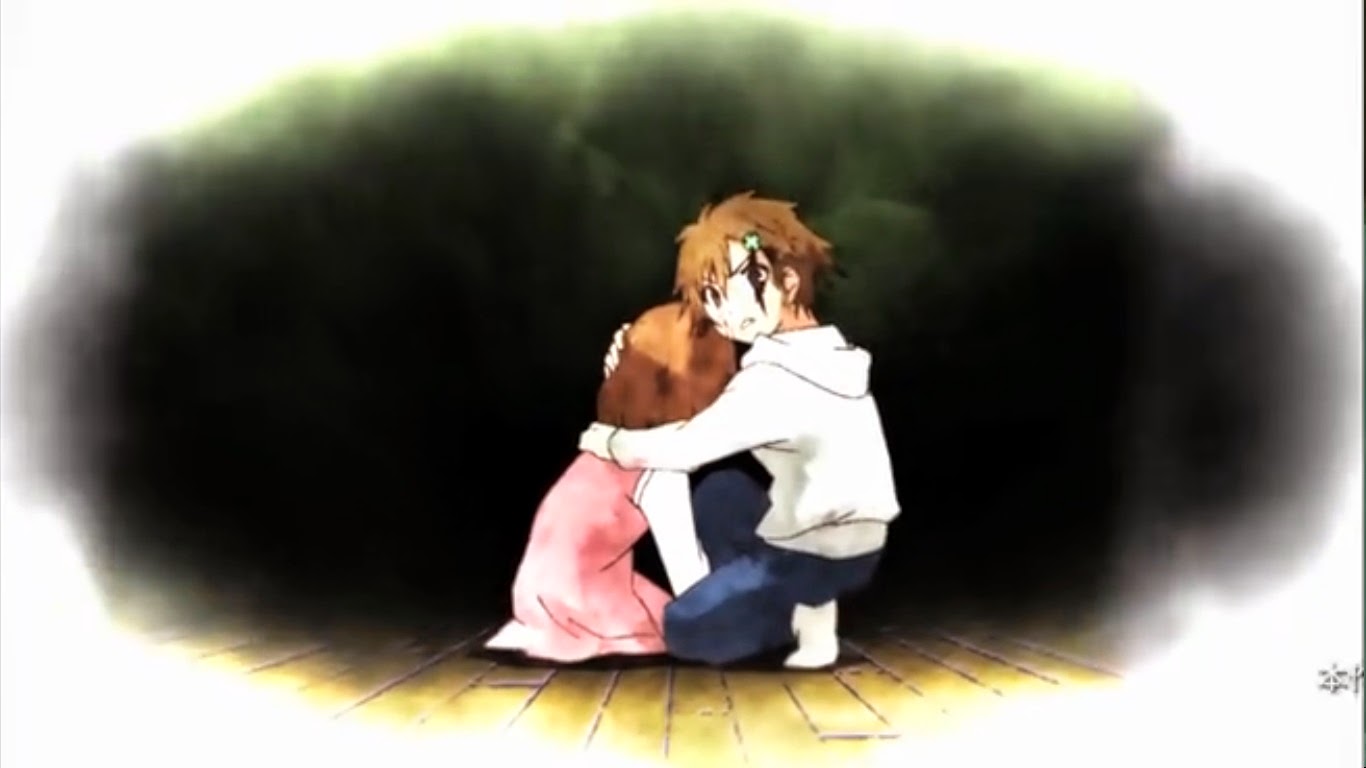 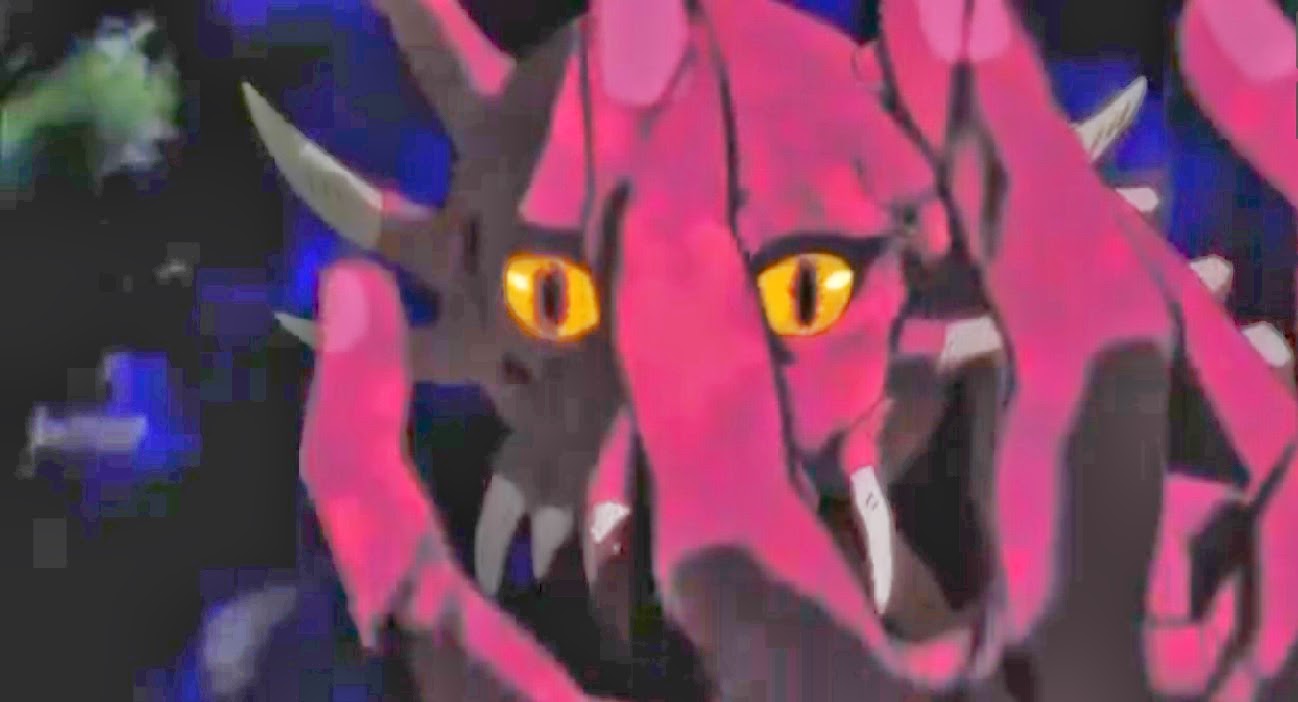