A spin-off of the original Soul Eater which spins around 3 girls which get more annoying each episode in totally different atmosphere. Where's the halloween theme? The darkness? The mystery? It concentrates on friendship, bravery, cuteness and girl-love. From zero to hero. At least the graphics are brilliant and the original characters sometimes appear on the screen! Plus both ending and opening were amazing. A bit of dissappointment however I'm just a big fan of Soul Eater so I keep watching to find something for myself. I mostly felt like watching those 'magical girls' anime, and nearly know what's going to happen. When looking at this anime seperately (without comparing to S.E.) that's what you would expect from an average yuri-typed magical girl anime about friendship........

Plot:
The story concentrates on a brand new character, Tsugumi Harudori, who one day realised that she's a weapon. She joined Shibusen and met 2 girls - Meme Tatane and Anya Hepburn -who are miesters. Three of the girls joined the NOT (Normally Overcome Target) class, where they learn how to use and control their power. The characters of original series are in EAT class (Especially Advanced Talent) which is complete opposite. Tsugumi needs to pick her meisters and learn how to control her power as a weapon. In addition there is trouble coming right ahead....... 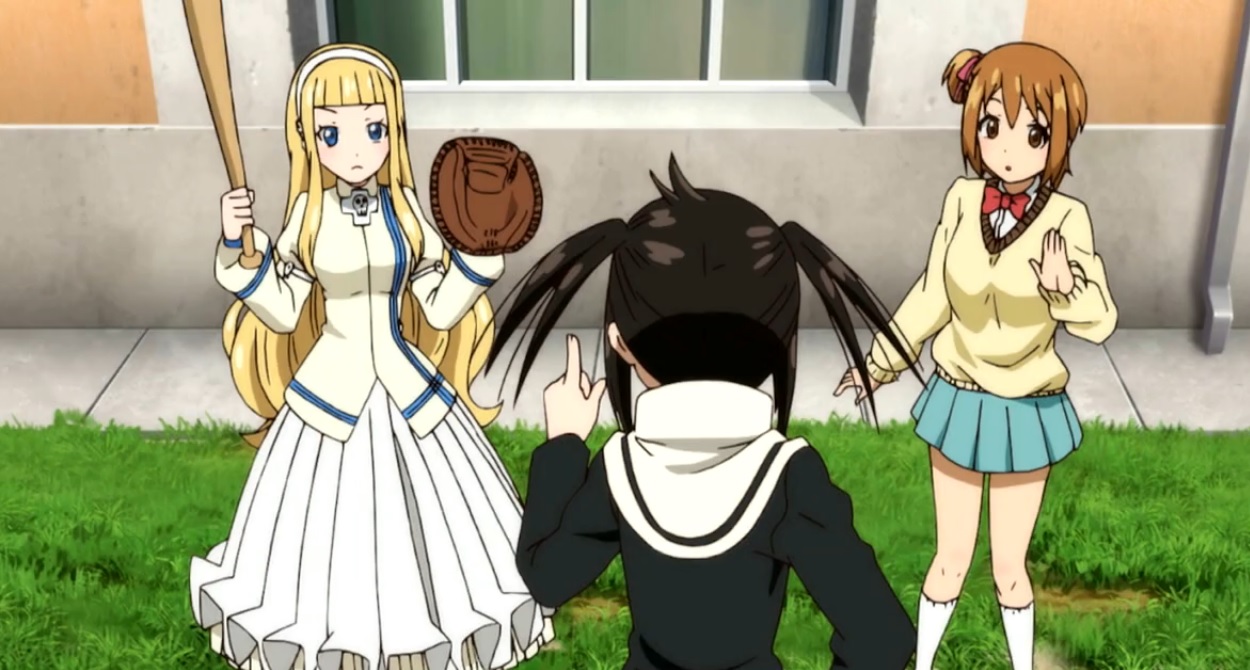 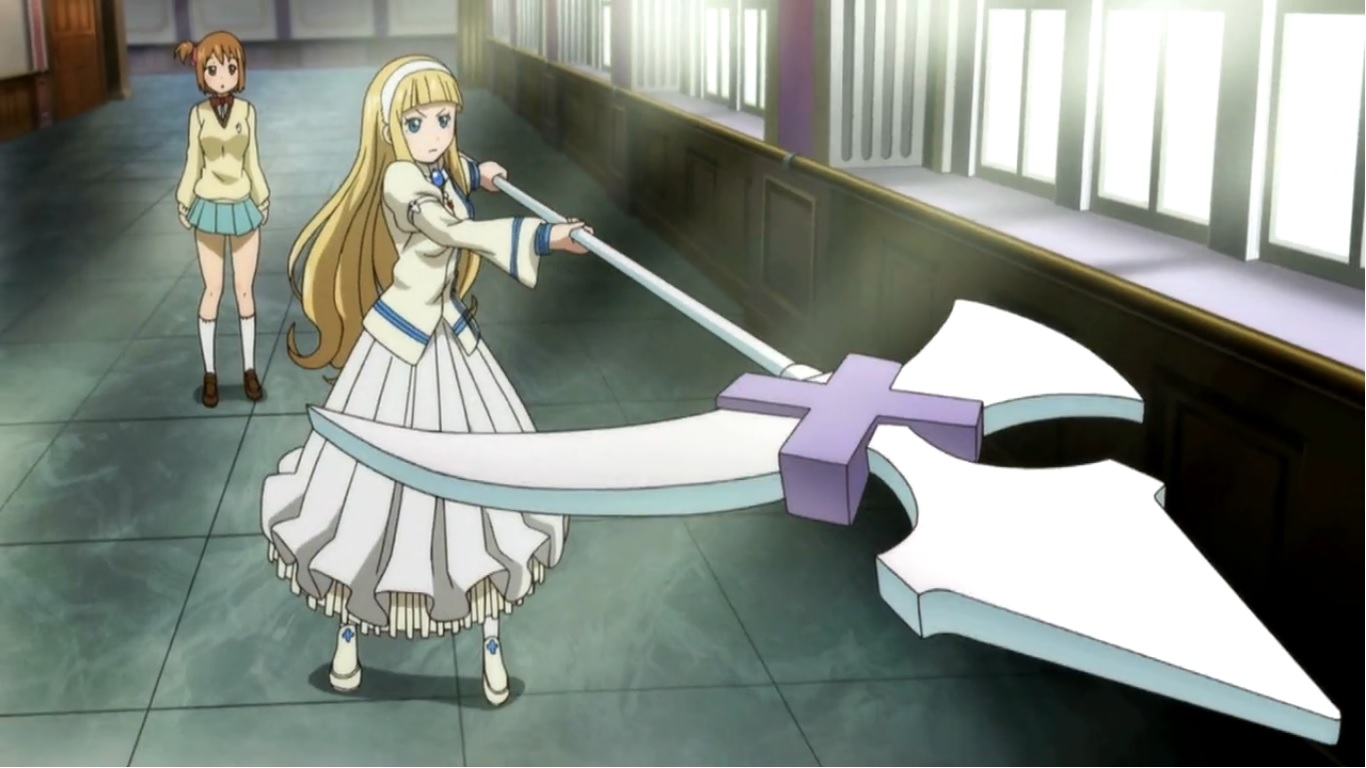 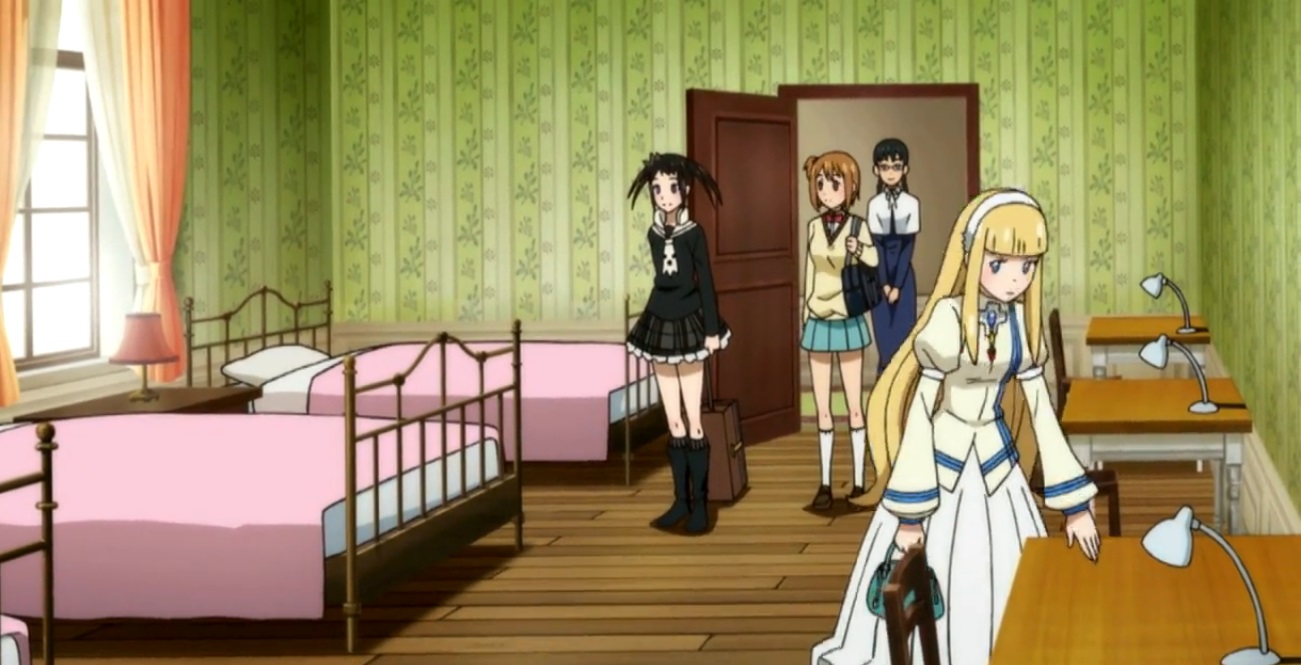 Witches with superpowers and aliens........a wierd mash-up with horror and s-f elements, along with some ecchi humour. The whole plot is amazing and unique which are truely amazing! Music and graphic on high level and with quite good characters. Honestly, the mystery behind the orgin of the withes and the problems that occured were extremely engaging. The plot was pulling me in to the anime however step by step the story line got worse. The authors weren't concentrating on the main objective and instead worked more on daily life of the characters, ecchi humour, and drama about "where to get the pills" and the serious stuff were all sqeezed in two last episodes. Therefore my rate got down on this anime....

Murakami Ryoko had a childhood friend called Kuroneko, which he was deeply in love. They loved watching the sky at night using the telescope and Kuroneko always repeated that she saw an 'alien' once. However Ryota couldn't believe, so to prove it, she took him where she saw the alien. Unfortunately they fall from the cliff and only Ryota stayed alive. Years have past and Ryota keep watching the stars along with thinking about his first love and dreaming that she could be alive. Then one day, to his school a new girl transfered which looked excatly like his childhood friend yet under other name- Kurohaneko. When approching her (very loudly btw), she repeated multiple times that she doesn't know him and that he must have mistaken her with someone completely different. Afterwards she comes to Ryota's astronomy club, warning him  not to miss the bus or he will die. From curiosity, he misses the bus and walks home however he was nearly squashed by a large puddle of rock and mud yet saved by Kurohaneko who have supernatural powers and calls herself a witch. 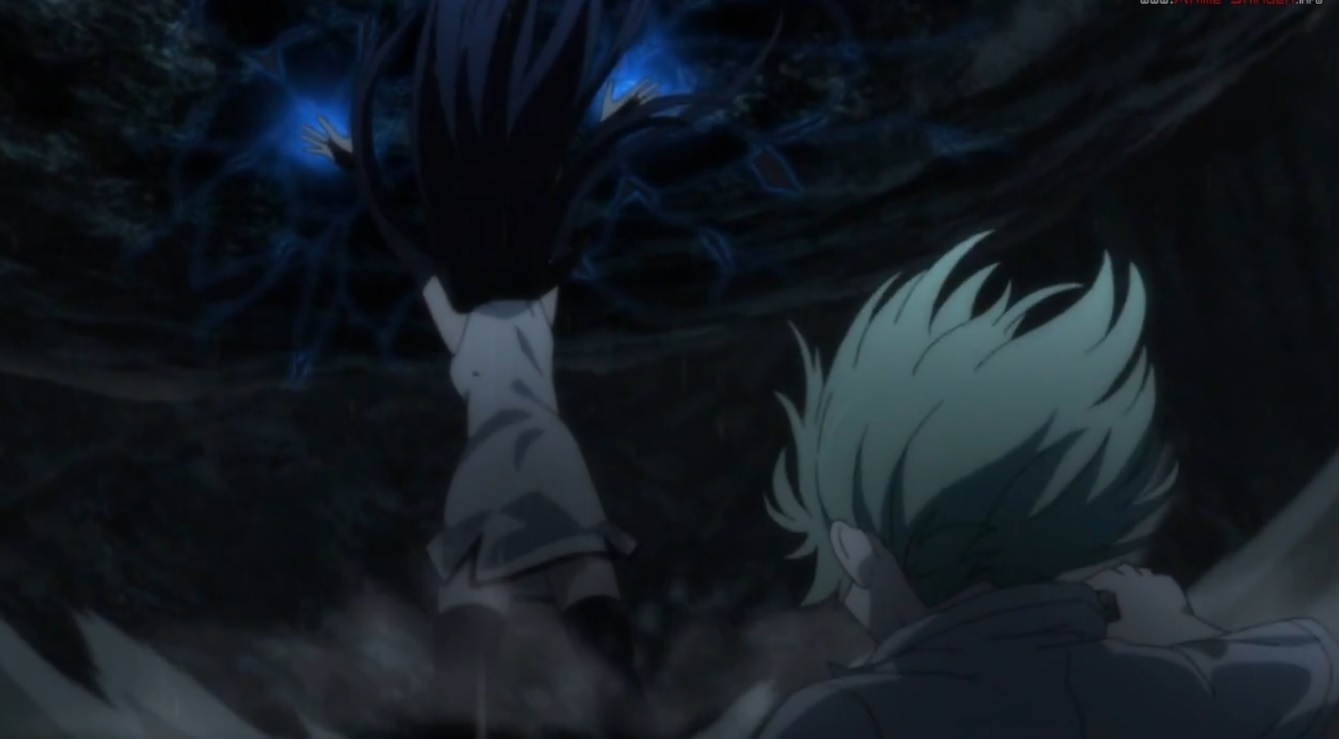 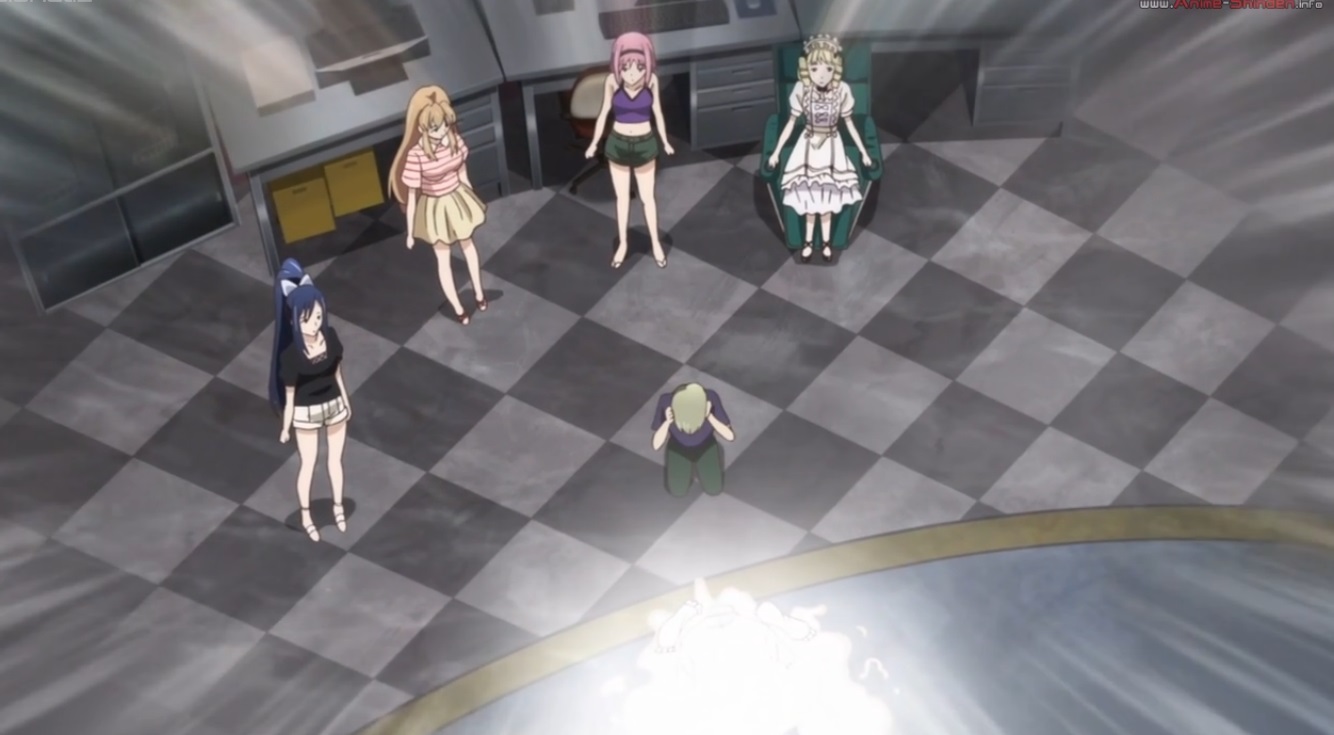