This anime really suprised me. I expected normal school life but it's real world trying to avoid changing fiction to reality caused be a talented, levely girl: Haruhi Suzumiya. The icon of Japan. It was really entertaining to watch the crazy Haruhi's ideas. One minus is that not enough romans in between characters :(

The episodes of season 1 and 2 are mixed togather and they overlap. It was difficult to know how to watch it for me but I founded a website that put it in right order. (I'ld give a link but it's in polish)

Plot:
Kyon starts  to attend North High as a first year student. He seats in front of a pretty girl which everyone call a freak as she is only interested in paranormal and unusual things. She's called Haruhi. Kyon started a conversation with them which ended as a routine. They talked in class and Kyon accidently gived Haruhi an idea of making a club. She forced Kyon and 3 other people to join the club which she called SOS Brygade. Later in anime the members - Yuki Nagato, Koizumi and Asahina - are introducing themselves to Kyon only as alien, esper and time traveller. All of them say that Haruhi is special person that can change the world or even destroy it. She doesn't even know about it. 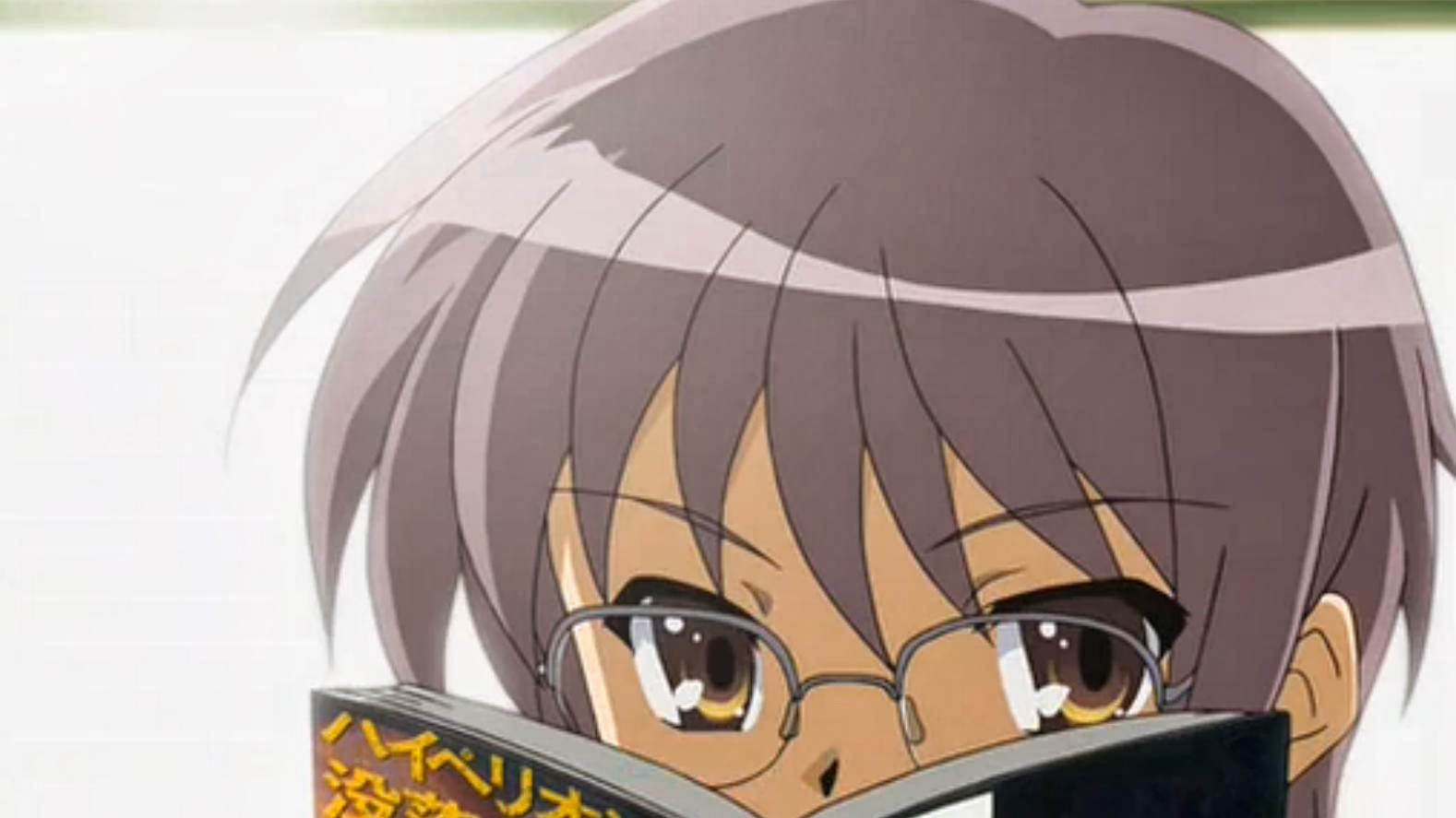 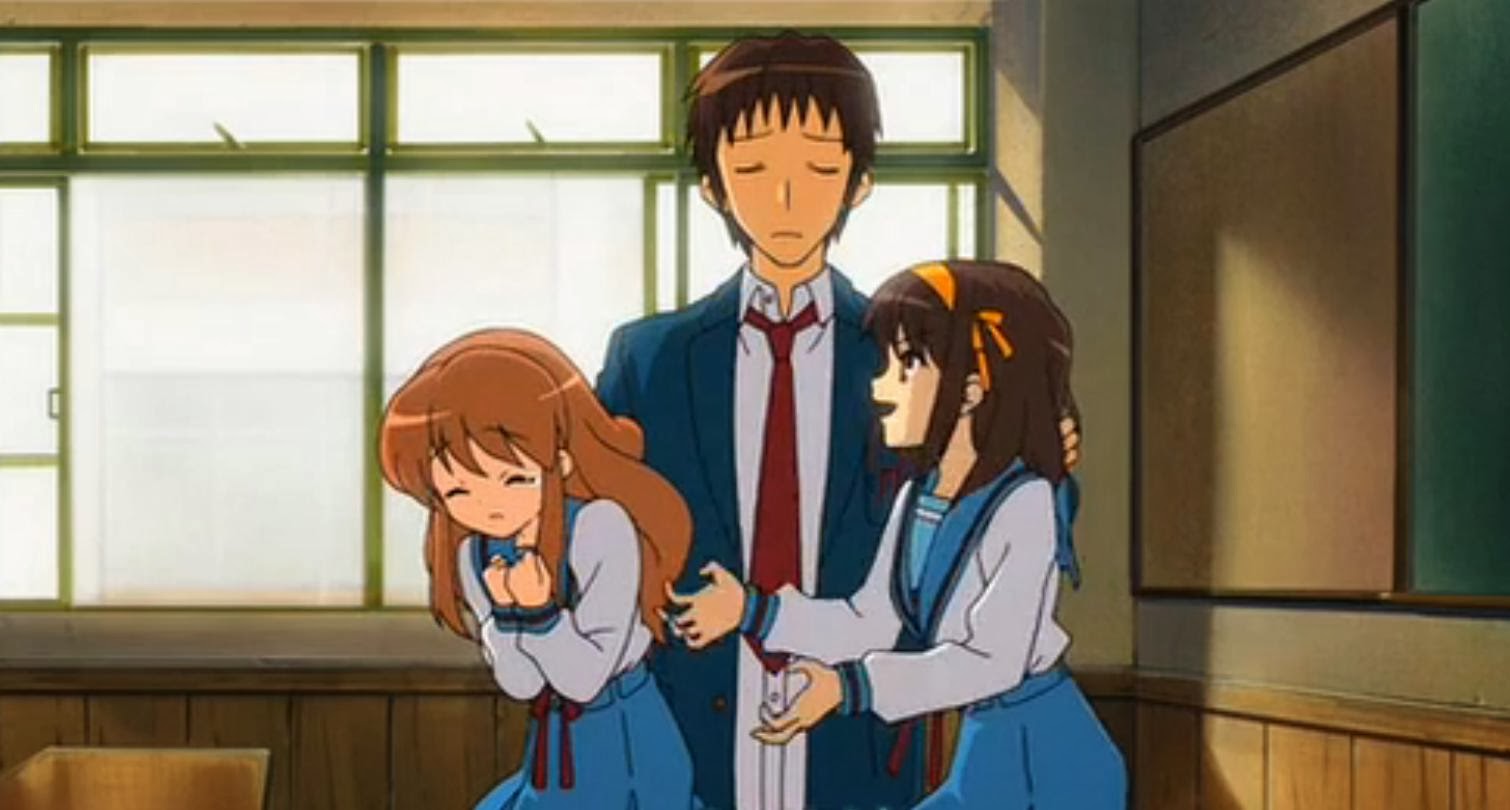 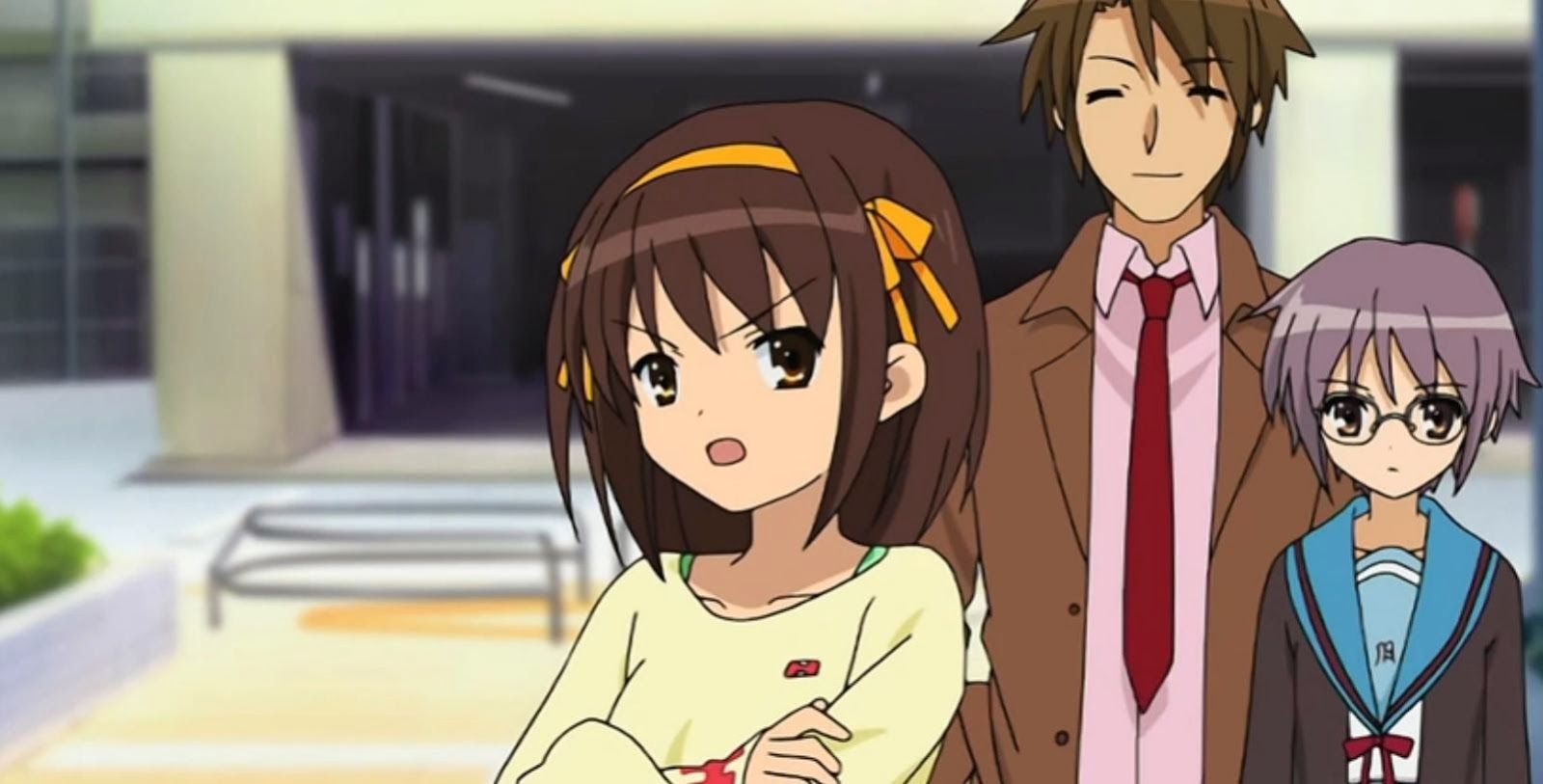 Some mysterious and horror stories, but not scary. With a character similar to Sherlock Holmes ^^(buut female)

This anime is about  Kazuya Kujo who is the Japanese transfer student that meets mysterious girl in the library. Her name is Victorique. She is very intelligence and beautiful, also she loves reading books (all day) and solve mysteries. After they met he started to visit her in the library nearly everyday (because she did not go to class at all), and they are solving mysteries and puzzles together - mostly she did :D 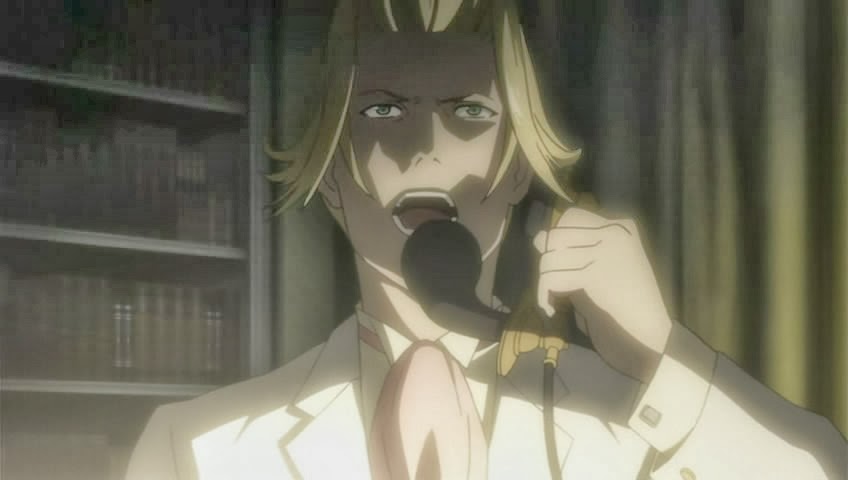 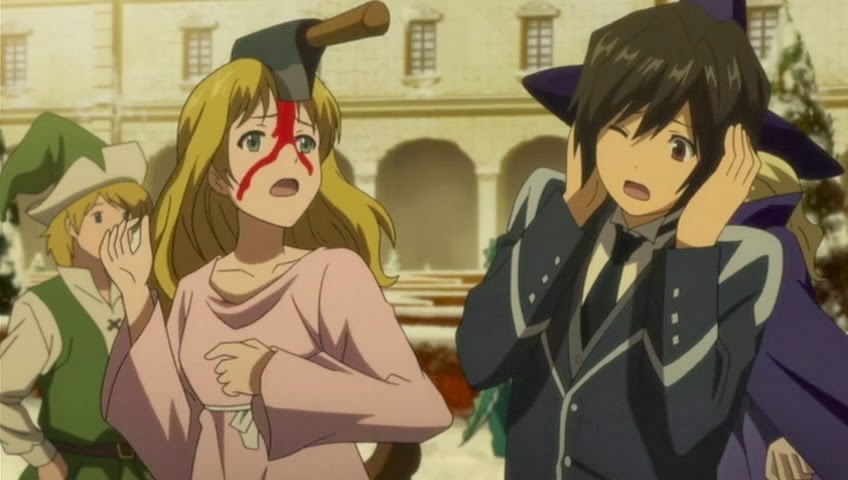 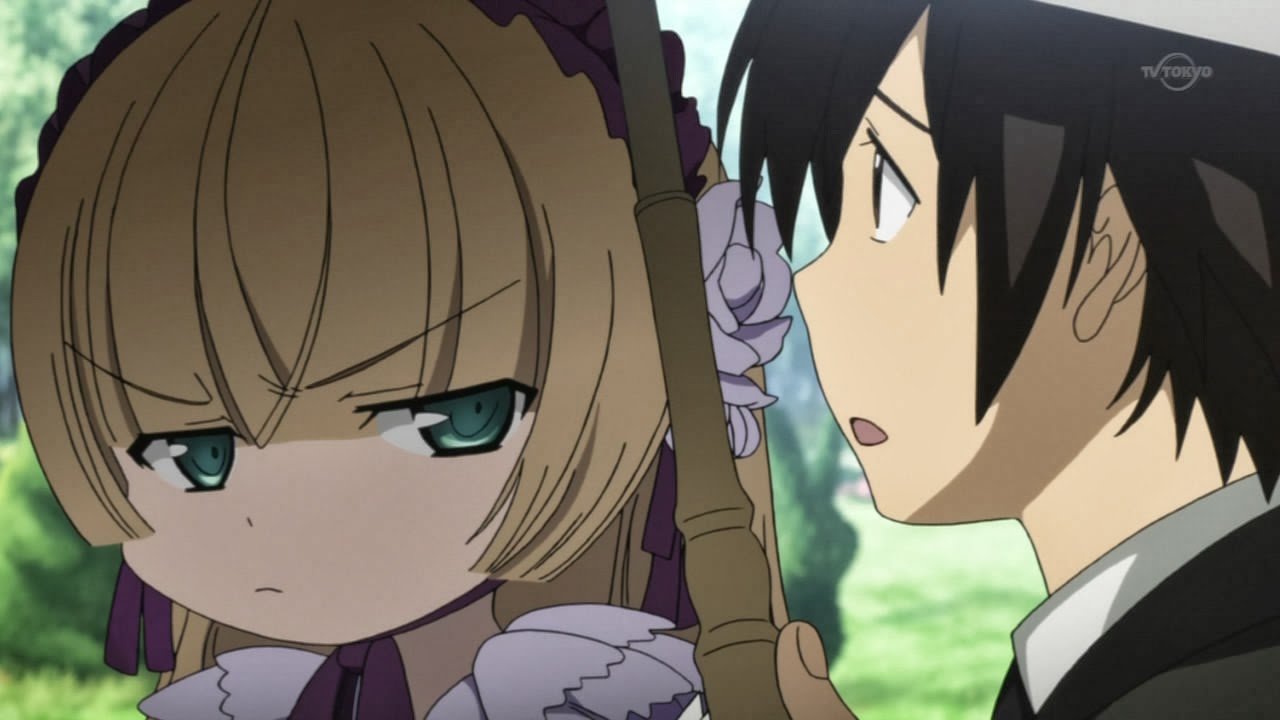 Good and unique anime. It is different from any other anime that I watched and the story interested me :)

Teito Klein, former slave, attends the military army in Barsburg. He has a great ability to use Zaiphon (supernatural power in this anime) but he is an amnesiac. His only friend is Mikage, who is always by his side, an they once vow they will never abandon each other. Other students are bullying him as he was a slave. Once he overhears that someone is talking about him and it was Chief of Staff Ayanami, who killed a man that was in Teito's dream that seemed like his father. Teito attacked Ayanami but caught by guards and send to prison. But Mikage helps him escapes. When Teito escaped, Mikage was tortured by Ayanami, and wounded Teito was founded by bishops and brought into the nearest church. After,  he, bishops and other people discovered that he has Eye of Mikhail (powerful talisman for which his home country was destroyed) 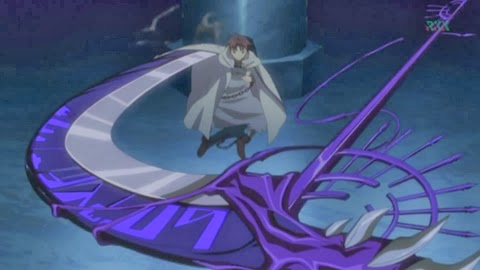 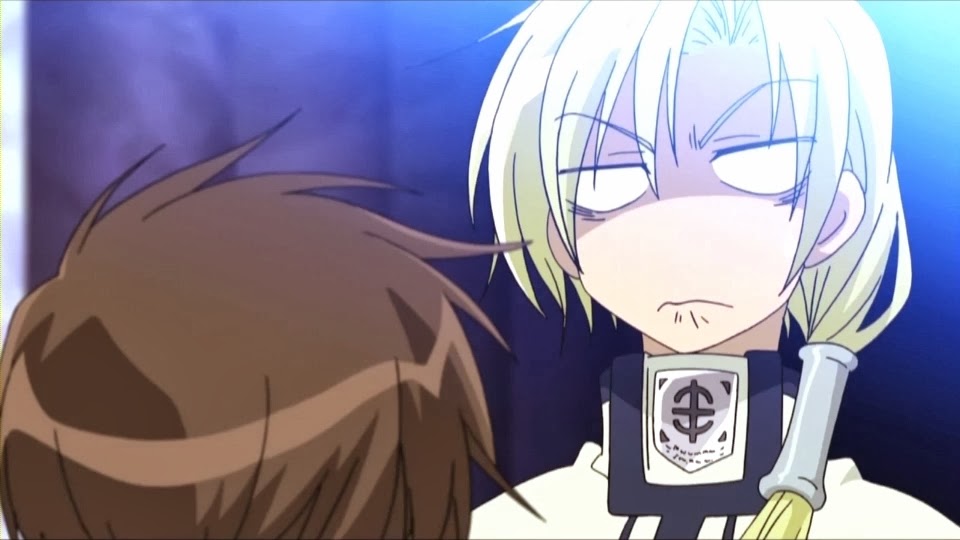 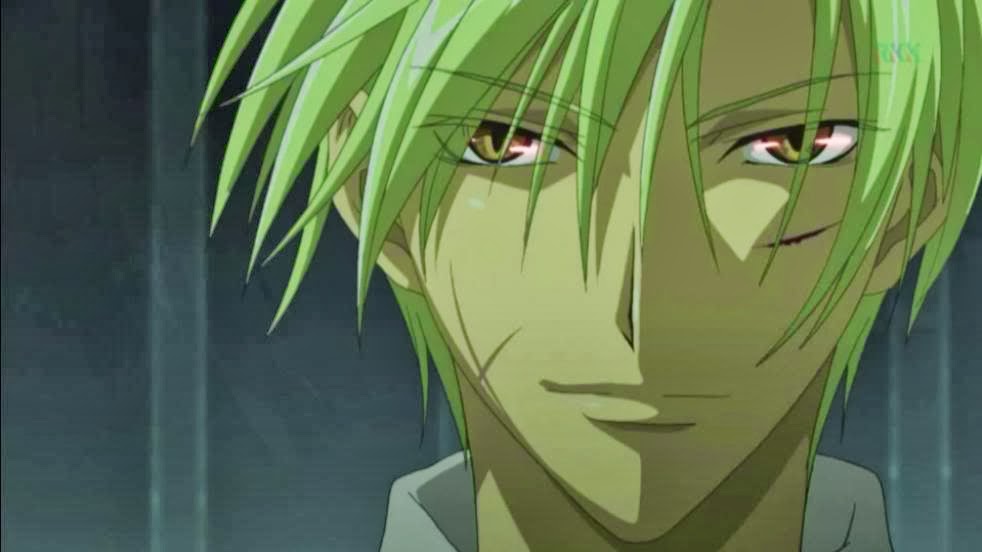 Two students living normally, and then suddenly they found themselves in dark and full of cruelty world. But not for long. While thay are in the other world they are surrounded by bizarre, cruel creatures. Very interesting and good anime :))

Satsuki Kakeru and his childhood friend Minase Yuka were drawn into the other world, as they would call 'Red Night'. They are in this world not for very long, but there is a lot of disgusting and strange creatures that are trying to kill them. They're not the only victims, there are few more people. The 'Black Knights' are one of the creatures in the other world and are calling these people like Yuka and Kakeru ''fragments'' and trying to destroy them. Also they protect a mysterious and very beautiful girl trapped in the crystal. Kakeru and his friends that have been in 'Red Night' have joined together and try to survive and stop this horror. 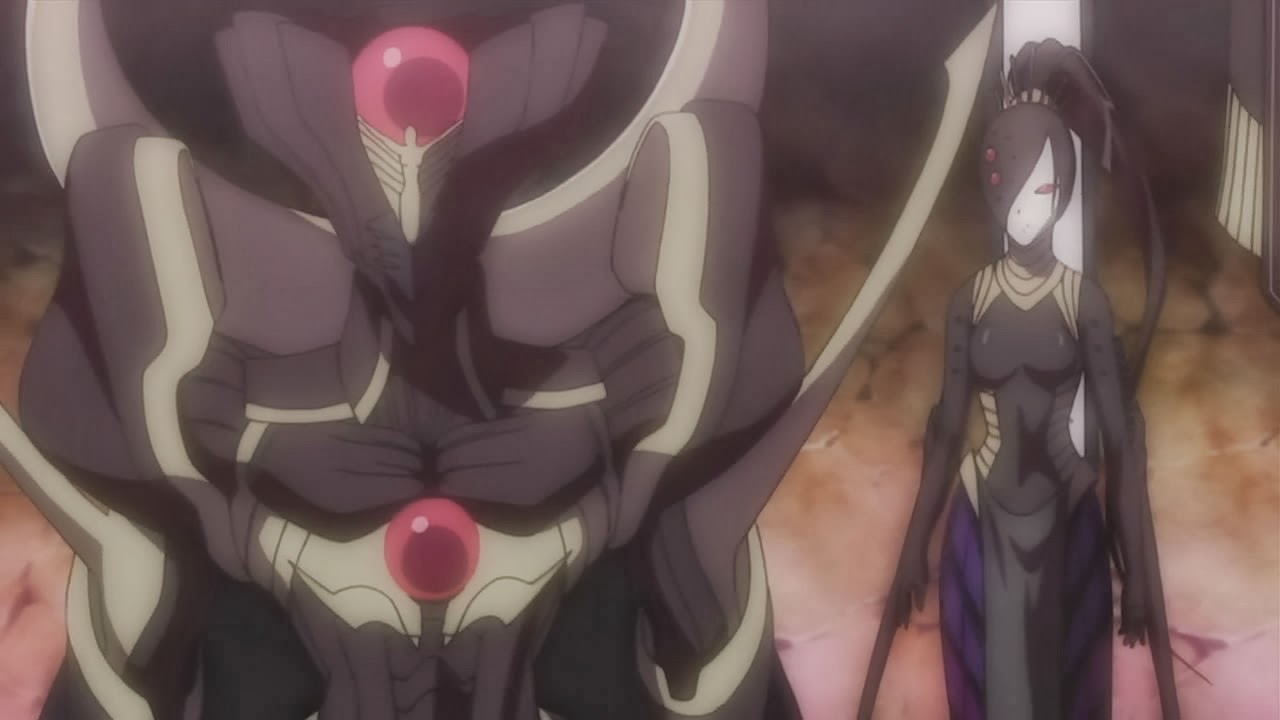 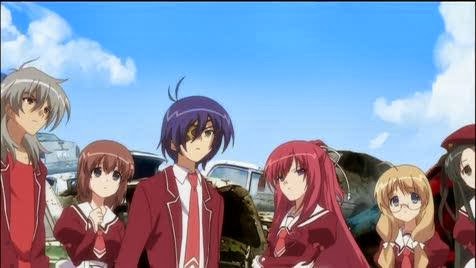 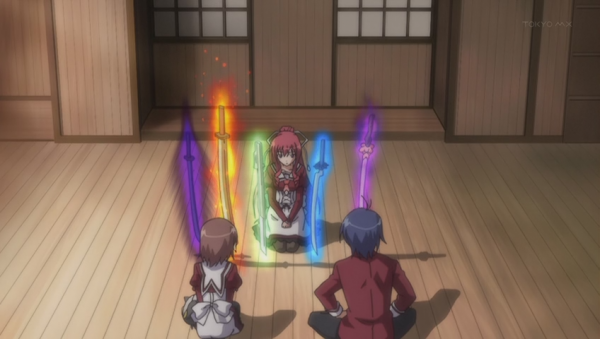 This anime really suprised me! It wasn't boring and there's no need to force yourself to watch it. However, I like the anime but I don't like how the anime went in th middle of the series and I got annoys with one  character. The plot was really interesting, same as the fighting scenes and I very like the concept of the apocalypse.

Plot:
The story takes place in Tokio in 2039. Ten years before that an apocalypse started by a unknown virus. People call this day - 'Lost Christmas'. When the apocalypse started, an organisation called GHQ started to control. Japan. A girl called Inori Yuzurihe stealed a secret weapon as her mission was to gave it to 'Gai'. Unfotunately, she got caught cause of her bad wounds. Instead of 'Gai' - the leader of an organisation against the GHQ called 'Undertaker' - having a secret weapon, Shu Ouma, 17-year old student got it. Now he can take out weapons from people called Voids. 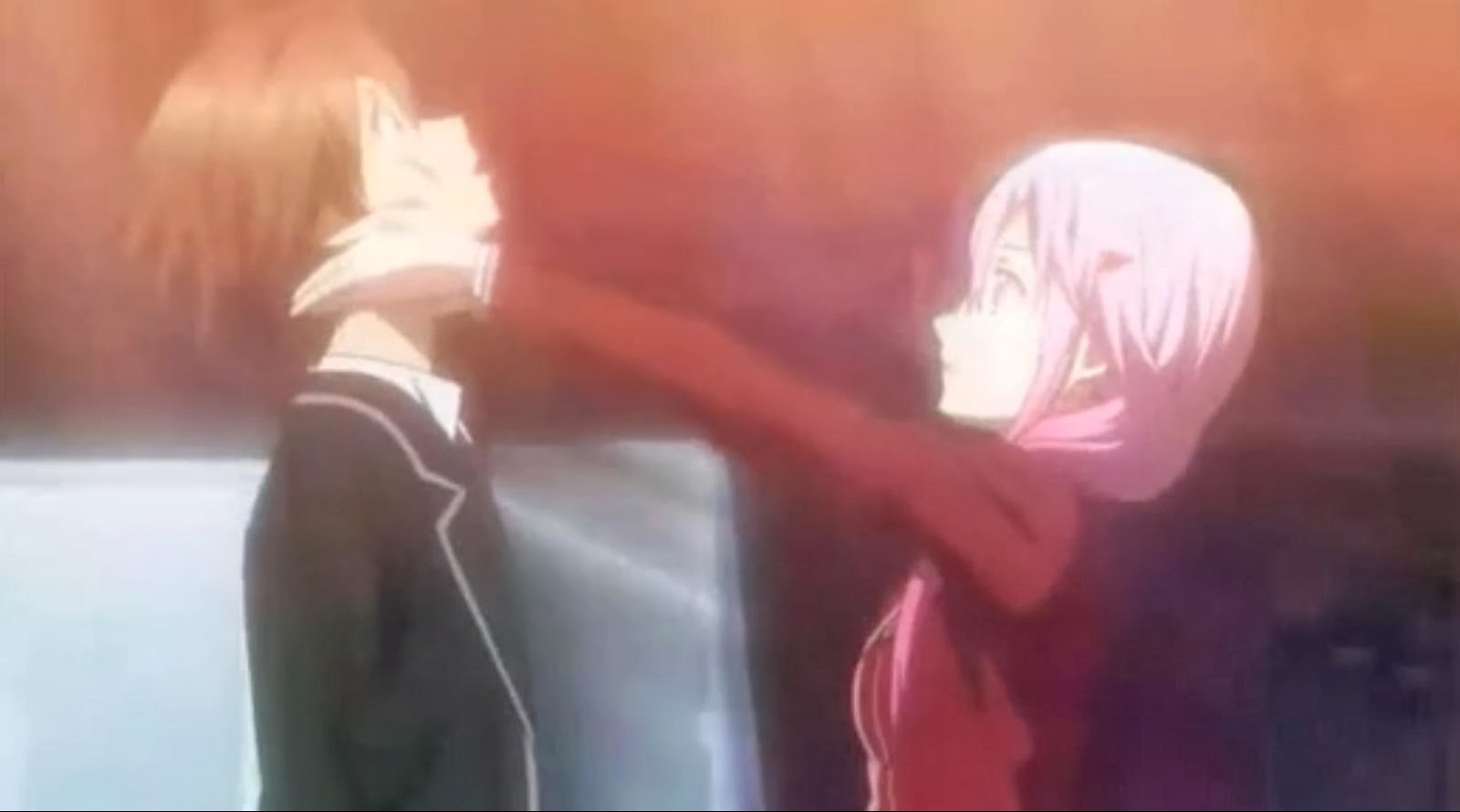 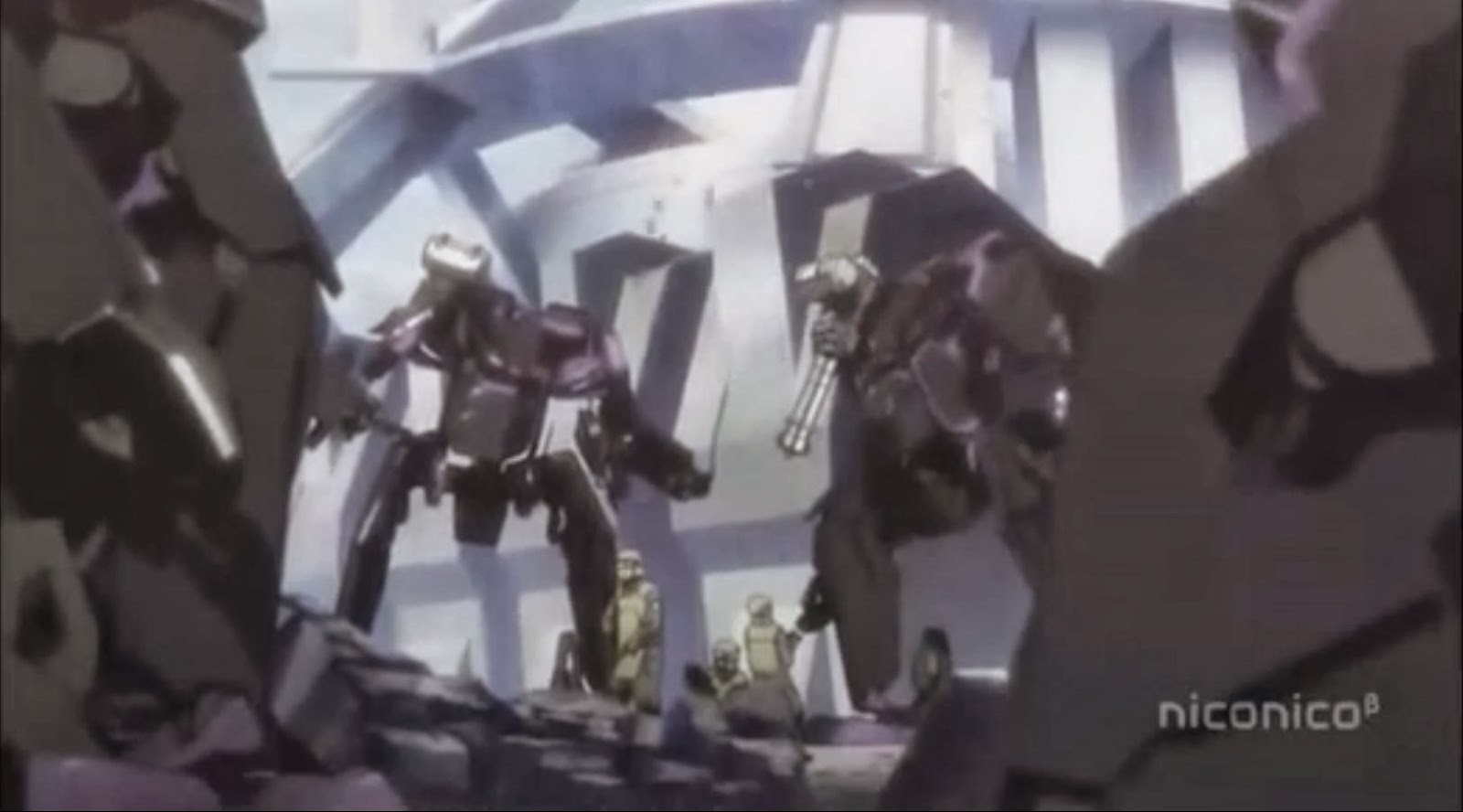 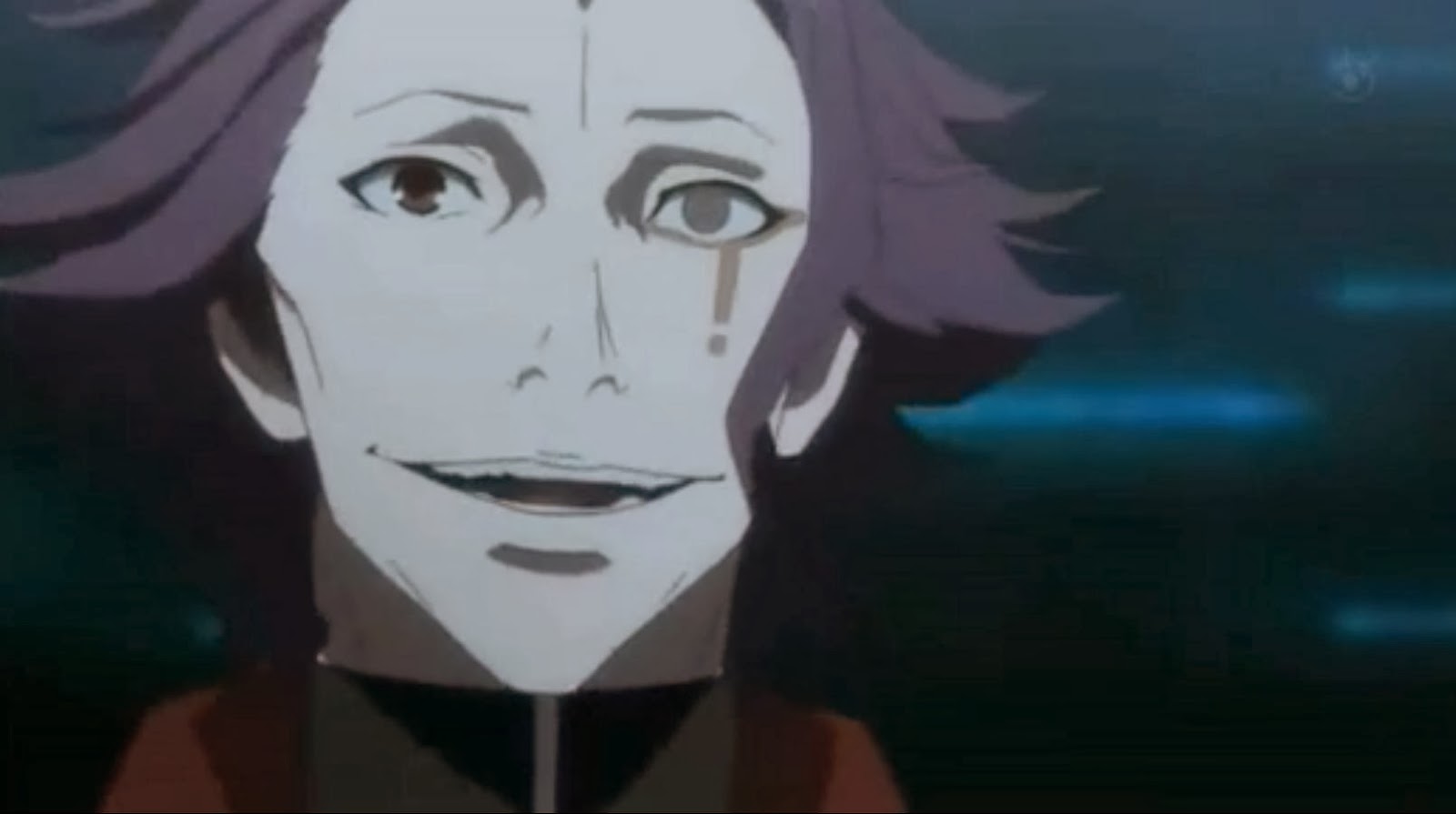 Short anime about friendship and pain within the heart. Do you think that is just a short anime about hishschool girls problems? No. The story takes in a normal world and in a completely different universe! Some people don't understand this anime but I understand it like this:

Anime is about a friendships and how the girls can get hurt by their friends. Two secondary school girls Mato Kuroi and Yuu Kotari are best friends. Mato wants to make a new friendship with other girl that's called Yomi Takanashi. She gets very jealeous about the friendship that Mato and Yuu has.
There is also an alternative world in which the main characters have their other  character, which are fighting with each other brutally. But in the real world they are friends.

I liked this anime as I personally experienced problems with friendship. 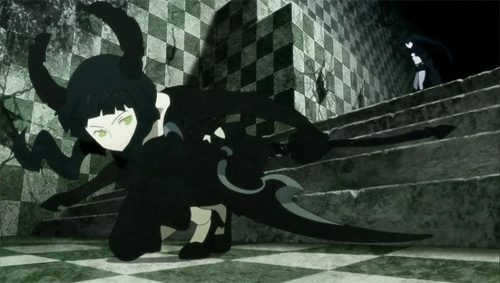 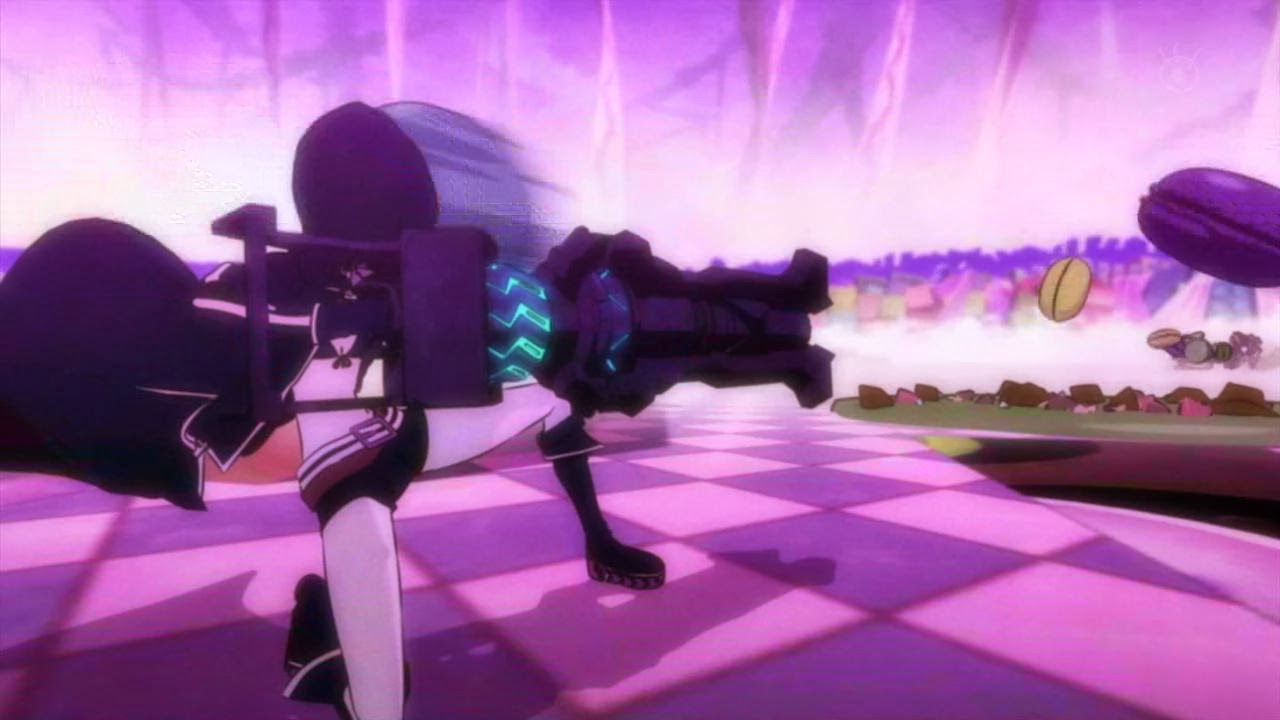 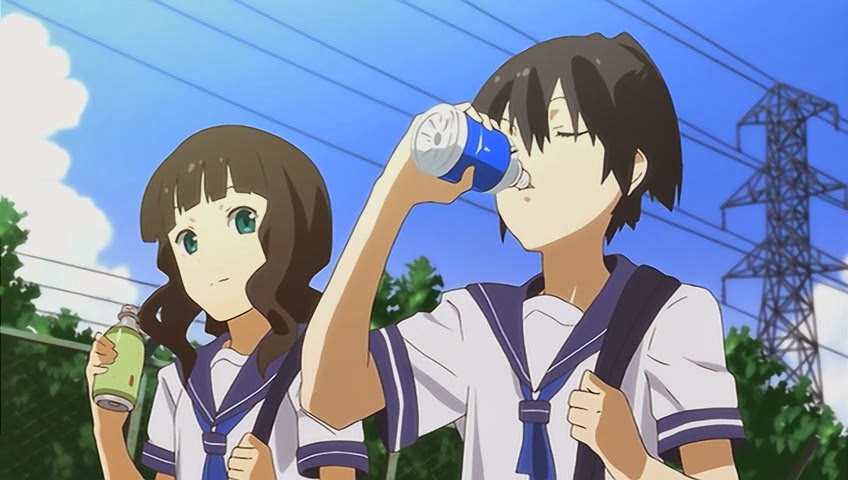 What would you do if you'ld be able to kill someone only by writting their name in a notebook? Getting rid of the notebook or killing your enemies? Or do as the main character did; kill all the criminals and make yourself God. 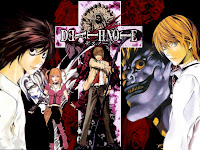 Shinigamis don't have many things to do, so one of them had an idea to throw a 'Death Note' into Human's World. Just for fun ^_^ A great and intelligence student Raito Yagami had found the book, tested and came up with an idea becoming a new God! But Police had noticed lots of deaths that accured and getting suspicious.

Most entertaining and interesting anime of all. No-one can get bored while watching this :) However. anime want sh*t in the middle D: 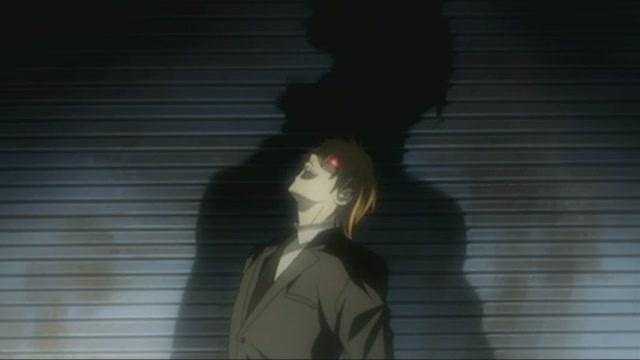 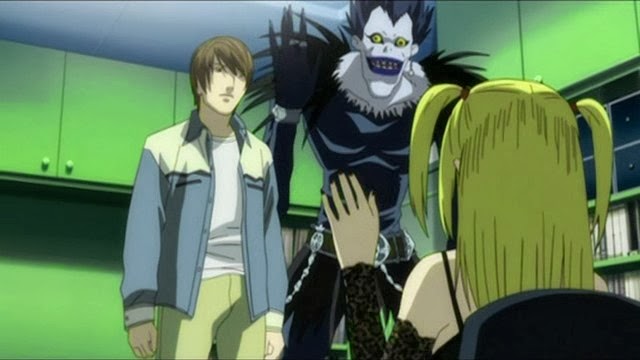 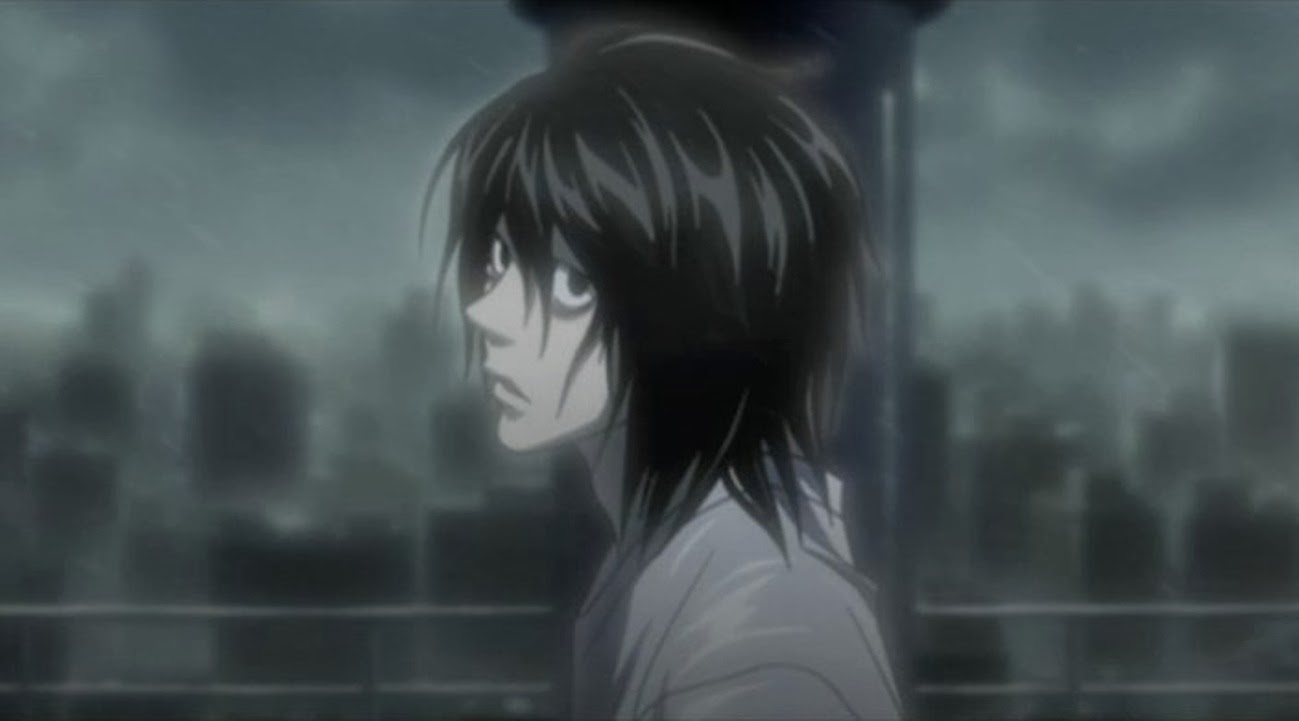